Build orthophoto overviews for faster display in programs such as QGIS. Default: False

Overviews (sometimes referred to as pyramids) are an optimization that reduce the time it takes to render GeoTIFF files; Larger file-size is the tradeoff for this increased rendering performance.

Overviews are lower-resolution copies of the raster data (Power of two factor [128x128, 256x256, etc]) that are stored either internally or externally in a sidecar.

In the case of OpenDroneMap, the Overviews will always be internal.

One would likely want to use Overviews for nearly every instance, with some few (relatively rare) exceptions.

Why would one use Overviews?¶

Overviews speed preview of the raster data by allowing the program rendering the raster to choose the closest size pyramid to match the resolution of the display extent that it is being rendered into, potentially saving a significant amount of time retrieving the full-size raster, buffering it, and then downscaling it for display.

In the case of WebODM, Overviews are used to create dynamic tiles for rapid display and navigation of the 2D web map. 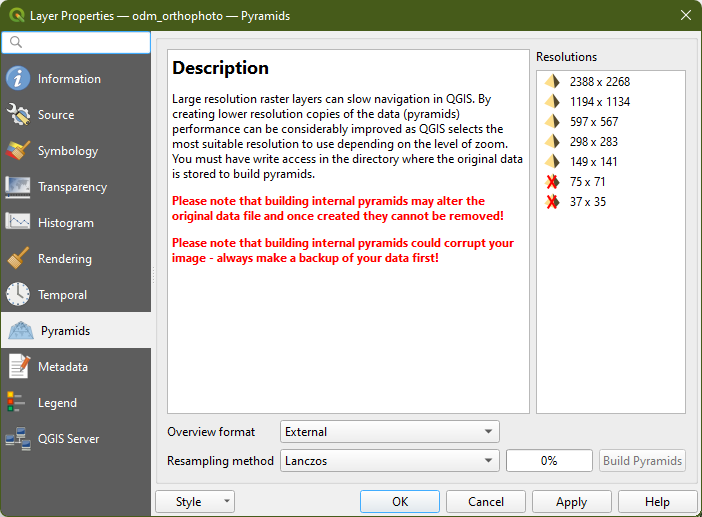 The Layer Properties panel demonstrates that this OpenDroneMap-generated GeoTIFF has internal Overviews.¶ 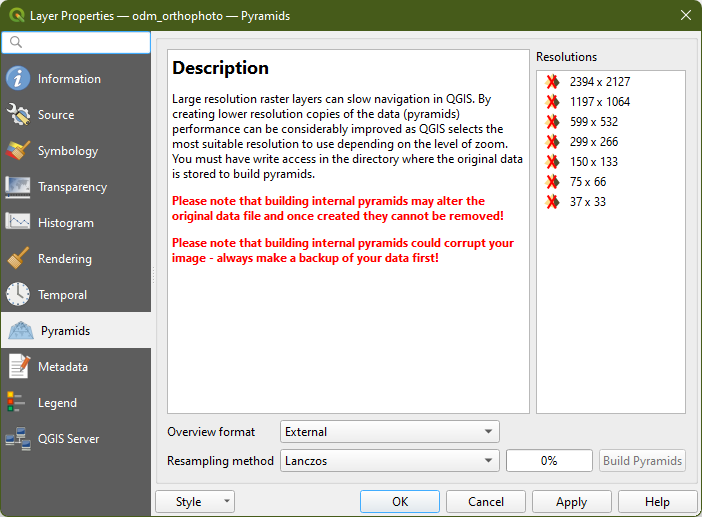